We set up your WordPress website and configure it to translate from English to Catalan or from Catalan to English. Translate your WordPress and start selling your products also in Catalonia. 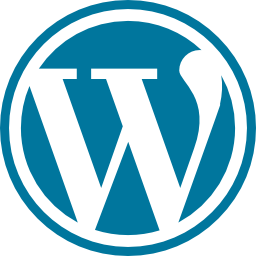 Ever thought of translating your WordPress corporate site into Catalan?

WordPress is the most widely used Content Management System (CMS) on the Internet. More than 60% of websites in English or Catalan have been developed using this popular CMS.

In a globalized world, translating your WordPress from English into Catalan makes it possible to expand your market niche and sell your products and services in other interesting countries like Catalonia.

Our native Catalan-speaking translators will faithfully translate your most valued content into Catalan. They will employ the right words and phrasing to capture the attention of your potential customers located in and in other countries where Catalan is widely used.

Once your WordPress is linked to our translation management platform, we will import every piece of content and text string. All translations will be assigned and reviewed by expert Spanish-English-Catalan translators. All pieces of information are taken into account: pages, posts, custom fields and custom post types, taxonomies (like categories and tags), slugs, menus, widgets and meta-tags to help you rank your site properly.

By default, WordPress is not designed to be multilingual. WPML is a plugin developed by OntheGoSystems that allows you to translate you WordPress site into Catalan. You can also choose the local dialect of Catalan that is spoken in Catalonia. That way, you will be addressing Catalans in proper Catalan and encourage them to buy your products and services.

Our English-Spanish-Catalan translation service for WordPress includes a lifetime license and updates for the WPML plugin. In order to calculate the volume of words to be translated, we can install this multilingual plugin and easily export the WordPress content into our translation management platform. You will only be paying a word rate.

Translation memories are multilingual databases where English / Spanish / Catalan sentences are paired and saved for future use. This is a significant cost saving, since the same sentence is translated and paid for one single time.

Translating your WordPress website into Catalan will rank your pages in Google and Yahoo. With a good SEO strategy Catalans will find you and trust your brand more. Translating for SEO purposes is also called International SEO. In the case of WordPress, we specially recommend the Yoast SEO plugin, which is compatible with WPML and allows for the translation of meta-tags (title, description and keywords) from English into Catalan or vice versa. 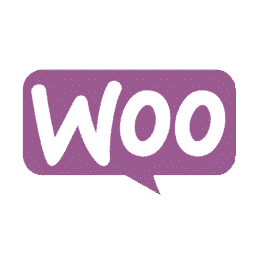 Woocommerce: get your online shop easily translated into Catalan or from Catalan

Woocommerce is a comprehensive set of plugins for creating your online shop. Why not translating your shop into Catalan? Choose your best selling services and products: now you can translate all your product names, description and the purchase process into Catalan or into any language you choose. Woocommerce is fully compatible with both WPML and Yoast SEO, so if you invest in translating into Catalan you can be sure that your website will not have any incompatibility issues.

Do not limit your market share to English-speaking web users. a professional translation into Catalan will pay off in the long run and will help your company build trust in countries such as Catalonia…

Catalan (català in catalan) is a regional language with official status in Spain and Andorra, and a co-official language in Catalonia, Balearic Islands, Valencian Community and in the Sardinian city of Alghero.

Get your WordPress in Catalan or into any of these languages:

Where does the Catalan language come from?

Catalan is usually divided into two major dialects that are divided into other regional variants. The dialects are mainly characterized by differences in pronunciation and, to some extent, in vocabulary.

For the most part, all dialects are mutually intelligible. The two main dialects are Eastern Catalan (Catalonia and the Balearic Islands) and Western Catalan (Valencia). One of the phonetic differences is the pronunciation of the atonal vowels.

Standard Catalan is based on the central Catalan spoken in the Barcelona metropolitan area.